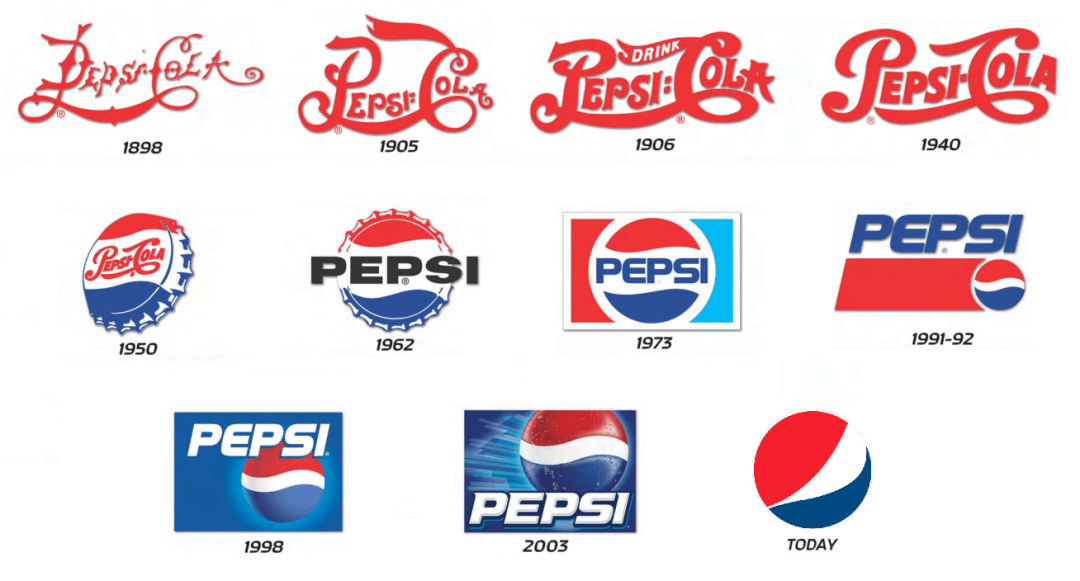 Do you remember the commercial where Michael Jackson said that we are a whole new generation? When everybody was dancing in the streets and naively imitating Michael Jackson? Everybody with Pepsi cans in their hand. Or when Shaq didn’t want to touch this young kid’s Pepsi?

What happened to “Be Young, Have Fun, Drink Pepsi”? Today we see minimalistic logos everywhere, even Nickelodeon’s new logo looks like they are selling insurances. NBA teams went from their flashy street styles to boring, plain, monotone logos and jerseys. The players even have to follow a formal dress code before and after the games. Today, everything has this plain, two-dimensional look, which suggests professionalism, even where it is inappropriate like on Nickelodeon, Playstation, MTV or even, paradoxically, on Comedy Central.

I could list hundreds of examples of companies, that changed their logos, but what does this tell us?

Well, refraining from the question, if this development was caused by the people (bottom-up) or has taken place to push into a different direction (top-down), one has to recognise that there is a change. What happens, when we look at a Microsoft Windows 8 system, that looks so simple and easy? It makes us simpler and easier, too. Back then, there was this little paperclip, which gave you tips and navigated you through the programs and we had to work ourselves through all the stuff. Today, we know everything already, it does not excite us anymore. Young and hip commercials do not appeal to us anymore, because we perceive them as naive and childish. Sports became more business than entertainment. Just think about how the world loved Allen Iverson for his game, but even more for his style and flair. Today, criticism is so loud about his actual stats that it almost undermines his legacy.

Why so serious? Minimalism is the new trend in this decade. Plain, simple, effective. It represents a lifestyle away from all the flashiness while being cold and individualistic. And there is the cause: individualism.

Minimalism, in a way, suggests superiority, because it brought business styles into our daily life. Business is competition and in competition one has to be better than the other. Competition is the main feature of individualism and vice versa. Apple, IKEA, Microsoft etc. let us feel like designers, architects and artists. White rooms, a black couch in front of a big TV screen, a wooden table with a Mac on it, no cables anywhere, one or two big paintings on the walls, that’s it. This is what we nowadays like. Clean, minimalistic, individualistic.

But I miss the warm colors, the flashy styles, the naive jokes and slogans, real laughter, the coolness and just the authentic lifestyle we lived before.

Be Young, Have Fun, Drink Pepsi!