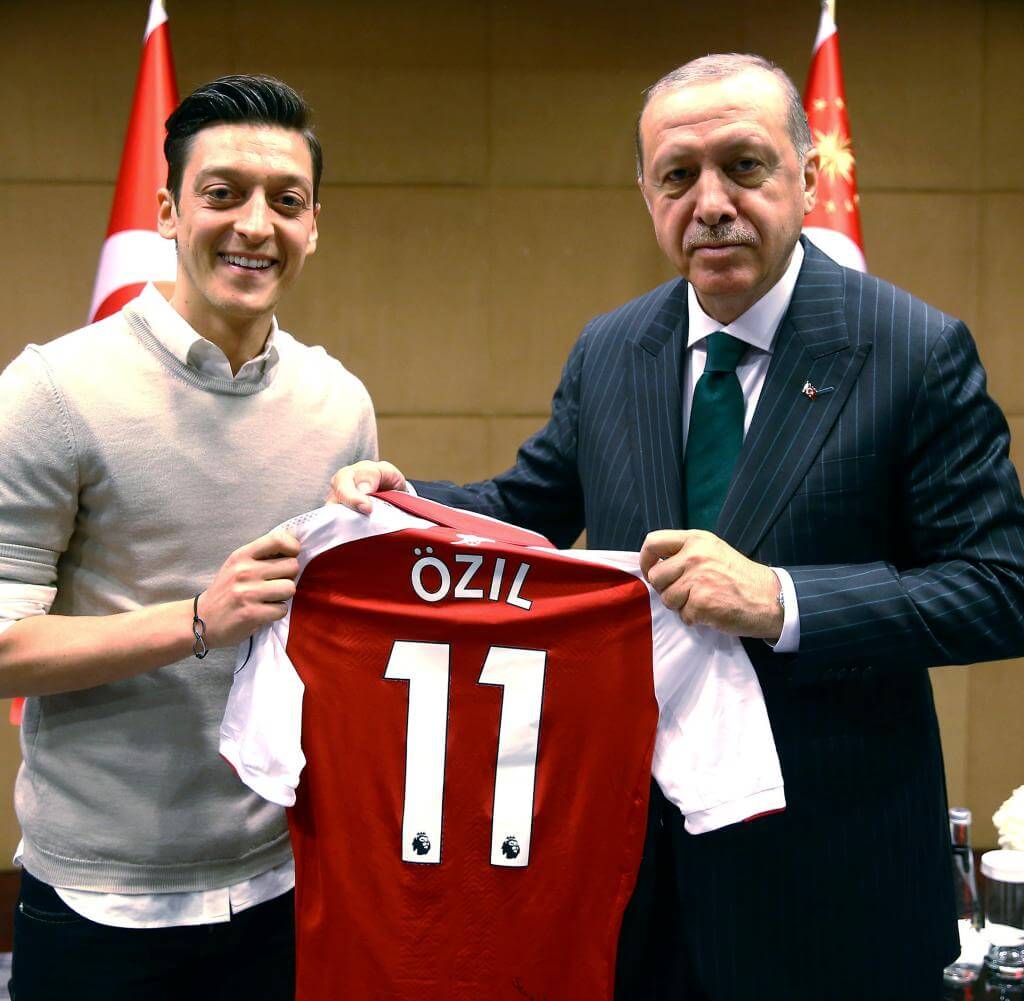 The Elephant in the Room

Are we surprised? Hardly. Over decades now, the place of the Turks in the German society is a much debated topic; apparently one of Germany’s all-time favourite topics. The discourse centers around the notion of ‘integration’ into the society from the part of the Turkish. Mesut also points to that direction in his statement, indicating several awards he has received for doing just that: becoming an integral part of the German society. The public opinion was a long time in favour of Mesut, portraying him as a success example of integration. Now the country has abandoned him; a football nation turning on its best player, because he refused to erase his Turkish identity. But as said before, this does not come by surprise. Racism, prejudice and separation are matters that all of the 4 million Turks in Germany have to experience on a daily basis. And yes, I am speaking truly and unconditionally for all of them.

However, there is a substantive misunderstanding of the word ‘integration’. The word stems from the latin verb integrare, which means originally to restore or to incorporate into. Logically, there is no element that hints that one has to abandon his/her own qualities, in order to become part of something. Mesut is a fully functioning part of the German (and also of British, Spanish and of course Turkish) society, as well as millions of other Turks. But whenever one holds a favouring position towards Turkey in any regard, Germans will question your functionality within the society. In contrast, white Christians do not face problems like that. Polish people are never asked in public to stop speaking Polish. Italians and Hungarians are never joked about having instable political systems. And French are never questioned for their daily and bloody riots. Normally, there is no necessary compromise between living in Germany and being Turkish; except in the case of racism. So, we are not looking at a situation, in which Turks are to blame for not being functioning actors in German society, but rather at a situation in which Germans seem not to accept any view and behaviour that is beyond the boundaries Western-Christist hemisphere. To me, this is a mentality problem on the side of the Germans.

In Mesut’s case, the critique is directed towards his meeting with the Turkish president at a charity event in London, who is extremely unpopular and subject to much propaganda in Germany. The two met at a charity event some months ago and the reactions of Germans were surprisingly extremely hostile. “Not integrated enough” or “go play for those people then” were the slogans. How can one lose all the credit and reputation with only one meeting? Clearly, the problem is not with Mesut. He merely met the president of his home country, which is an amazing move to better the tensioned relations between the two countries. On the Turkish side, this was perceived as such, but the German side, instead of being happy for Mesut and for the connection between the two countries, they turned on him and on 4 million Turks, as well. This could have been the move that the both countries needed to come together again at one table; all through a football star.

With his post, Mesut speaks about the elephant in the room: racism in Germany. My favourite part of his post is: “I am German when we win, but I am an immigrant when we lose”. This sums up the opportunistic stance of German society as a whole against foreigners from outside of the cultural boundaries of Europe. In feminist, post-colonial and racial studies, there are many works that analyse situations, in which the person in the minority group not only needs to abandon all of its own characteristics, but also needs to show commitment against her/his own group, in order to be accepted by the majority (an example of this is Cem Özdemir). And this relationship is also only sustained, as long as there is benefit for the majority group. As soon as this effort is not kept up, the majority will quickly abandon the ‘intruder’ and seek to re-establish group coherence, as it happened to Mesut. As it is always in academia, these studies are all West-centered, which supports my take that Western cultures are incompatible to accomodate more than their own and similar cultures.

Unfortunately, every Turk in Germany could have predicted this event and Mesut would have been morally better-off, if he joined the Turkish national team in the first place. He may never have won the world cup, but there would have also never been a debate about his identity.

Now, the question is how will Germany react? Will it accept its mentality problem? Or will it continue to deny that this all has something to do with racism? In any case, it will be hard to educate such a big country’s society to become tolerant beyond its comfort-zone. For the time being, we should just learn from Mesut’s situation. A Turkish proverb says: “Çağrılan yere erinme, çağrılmayan yere görünme”. Which translates into: “Do not hesitate to go somewhere you are wanted, and do not show up where you are not”.